The 15,000th solar energy system honor belongs to Atascadero residents John and Laural Anderson. This is the Anderson’s second solar energy system. Their first system was for their home at St. Hilaire Vineyard and Winery in Templeton which they installed in July of 2017.

“Installing solar energy pencils out as a good financial decision. Factor in the environmental sustainability and it becomes a no-brainer”, says Mr. Anderson. “It’s almost irresponsible not to install solar energy.” 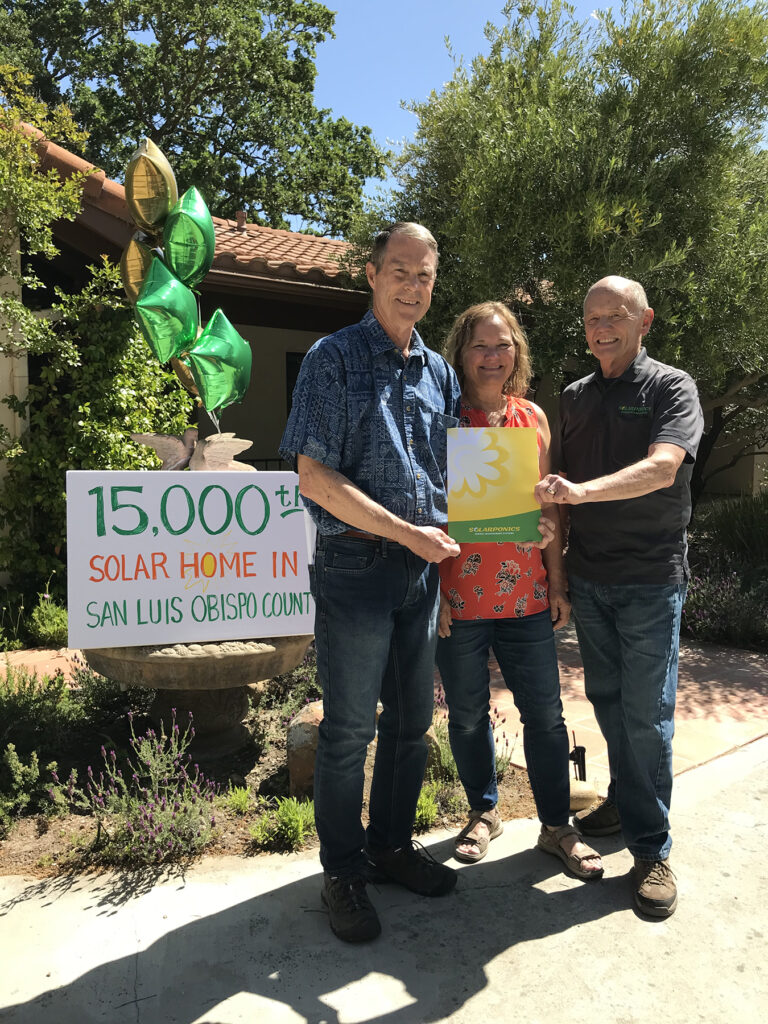 “We launched with solar thermal water heating in 1975, but quickly saw the benefits of solar electric. We installed our first solar PV system in 1981, but the market did not really take off until about 2013. The tax credit, continuously rising grid energy rates, and the drop in costs were, and still are, all major contributors to the success of solar energy," said Kristian Emrich, Solarponics president. "Hitting this milestone just further validates our vision.”

This news comes in the wake of many recent Solarponics initiatives and accomplishments including lobbying for extension of the 26% solar tax credit; becoming a Green Certified Business; and transitioning to a Certified B-Corporation.

“It's been a long and tumultuous road with lots of starts and stops, political influences, legislation battles, but we never lost sight of helping central coast residents achieve energy independence,” Emrich said.

California has led the country—and the world—in solar energy adoption for the past 15 years. Last year, the state added nearly of residential solar (equivalent to two Diablo Canyon Nuclear Power plants) as interest in home improvement surges, and customers suffering through power outages and extreme weather events seek energy resiliency. The central coast boasts one of the highest per capita shares of residential solar in the country, and the U.S. Solar Market Insight Report estimates double-digit growth in the residential solar market over the next three years.

Thomas Edison may have said it best in 1931, when he confided with his friend Henry Ford, “I’d put my money on the sun and solar energy. What a source of power! I hope we don’t have to wait until oil and coal run out before we tackle that.”

About Solarponics: Solarponics was founded in 1975 by Cal Poly engineering graduate, Mike Emrich, and is the oldest continuously operating solar energy company in California. Today, Solarponics installs solar electric, battery backup, EV charging systems, radiant heating & cooling, pool heating, and water heating for residential and commercial projects on the central coast. Their vision for the central coast is for every building to have a net-zero energy and resource consumption footprint. 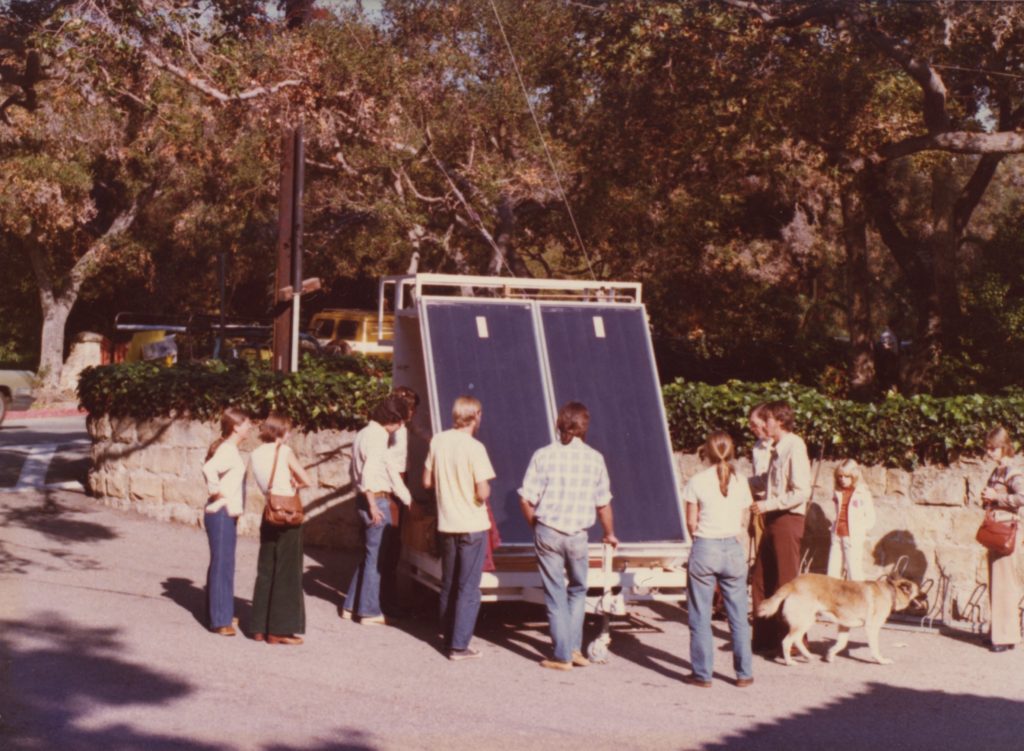 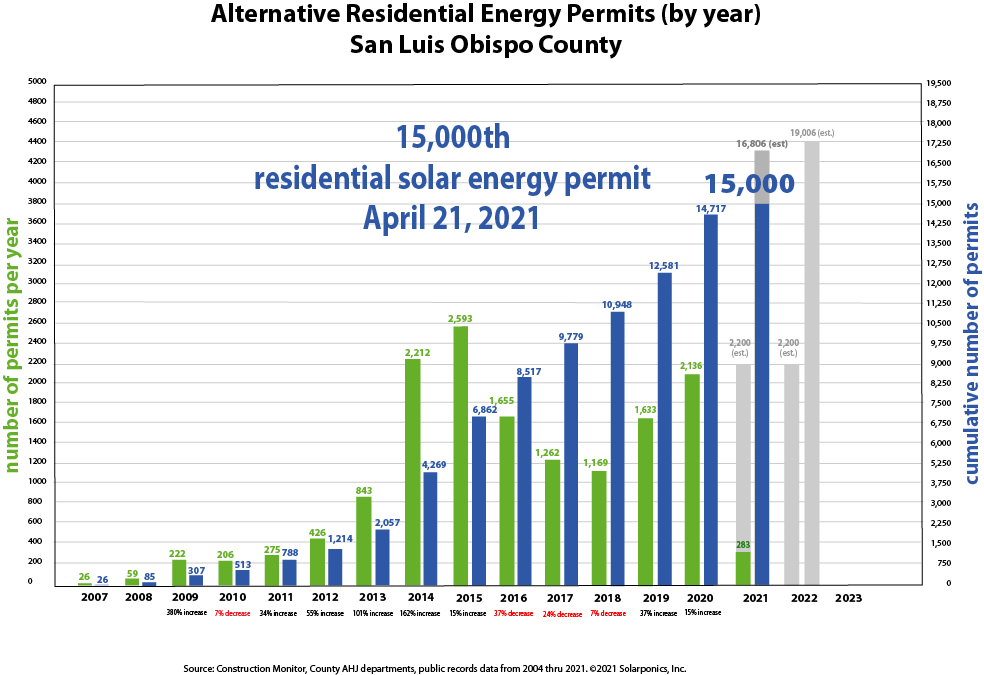