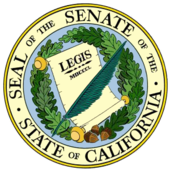 Atascadero, CA, 09/28/18 – Following a rally by an estimated 200 solar workers on August 14, SB 700 was passed 12-5 out of the California Appropriations Committee on August 16. SB 700 passed the State Assembly by a vote of 45-15, and then went to Governor Jerry Brown’s desk for signature. The bill authorizes the continuation of SGIP through 2025, with funding to supply roughly $166 million per year in incentives for qualifying behind-the-meter technologies, or $830 million total. Governor Brown Signed the Bill into law this week.

Solarponics, a central California Tesla Powerwall Certified Installer, has over 70 battery storage jobs in production, all of which were made possible by the SGIP rebate program. Homeowners receive a 30% rebate on the install of home battery, or roughly $4,000. SGIP is not only good for the homeowner and energy ratepayer, but is a job creator.

“SB 700 will do for storage what SB 1 did for solar over a decade ago, namely create a mainstream market by driving up demand and driving down costs all while creating jobs and clean energy choices for consumer,” stated CALSSA Executive Director Bernadette Del Chiaro in a press statement. “We are making the sun shine at night!”

PV Magazine reports that battery storage provides an economic edge when dealing with time of use rates, but the problem has been that adding a battery systems typically doubles the cost of a PV installation. And while SGIP has helped to address this problem, battery storage is not becoming affordable for most solar consumers without subsidies in the timeframe of the expiration of the SGIP program. Furthermore, SGIP rounds have been quickly subscribed, meaning that there is much more demand than available incentives to date.

Bill sponsor, Senator Scott Wiener, had this to say to SolarWakeup after the bill passed:

“We are one step closer to meeting our aggressive renewable energy goals,” said Senator Wiener. “By expanding our use of energy storage we will be able to use solar power every hour of the day, not just when the sun is shining. This bill will also help to expand solar use in every city and neighborhood in California, not just those that can afford it. SB 700 will ensure that all communities benefit from these rebates and from an increase in renewable energy.”