Amazon Signs On For Another 410 MW Of Solar In United States.

“As a signatory to The Climate Pledge, we’re committed to meeting the goals of the Paris Agreement 10 years early and reaching net zero carbon across Amazon by 2030,” said Kara Hurst, Vice President of Sustainability, Amazon.

Solar panels prices, production, and supply are poised to be in turmoil in the midst of the Coronavirus outbreak.

The majority of the United States’ and the world’s solar panel production hails from China. For weeks no one was going to work, but now slowly workers are returning. Still, manufacturers won’t be operating at full capacity which can slow and delay production targets.

Most industry insiders predict that the current stockpile of panels in the US will be allocated by early this summer, driving up panel and equipmnent prices well into 2021, a compelling motivator for commercial and utility developers to fast track solar projects this summer.

“If you look at it 60 to 70 percent all solar stocks that have remained bearish in recent weeks.

Canadian Solar (CSIQ) was up on March 3 by 3.3 percent, by described as “bearish” in the short term by Yahoo Finance.

Suntech Power and Trina Solar are private companies. China Sunergy is not on the United States’ stock market.

“If you have a supply chain or do business with China it’s affecting the top and bottom line,” Sackschewsky said. “An adjustment will be expectations there’s nothing a business can do to protect other than seek a new supplier, and that may affect the cost.”

The Coronavirus outbreak in China has created a shortage of solar wafers and module glass, meaning it’s harder to build the solar panels. For companies that want to finish solar installations on time or promised homeowners a roof-top installation within three months before summer begins, demand and prices will rise.

Sackschewsky said this can end up delaying residential projects and forcing companies to tightly manage cash flow while the virus’ outbreak continues.

The spread of the Coronavirus in the United States is still in its infancy as officials strive to contain the spread. While it remains unseen how the virus will affect work here in the United States, there are some home-grown options for solar panel production.

Companies such as Tesla and Panasonic have a facility in Buffalo, NY, Solar Tech Universal in Riveria Beach, FL, and Mission Solar in San Antion, TX, to name a few, have large footprints in the United States. However, as demand increases, prices could go up.

How will it end?

Some workers are being ordered back to work in China and the rapid spread of the virus seems to have slightly slowed. However, there currently is no vaccine or treatment, but the American pharmaceutical companies are working to create, produce and test one.

“Will it (the coronavirus) harm it (solar) forever? No. But will slow it down,” Sackschewsky said. “The coronavirus isn’t going away anytime soon if anything it has expanded.”

The projects are intended to further integrate clean energy from renewable generation sources while ensuring future reliability of the electric system.

“PG&E is deeply committed to the California vision of a sustainable energy future. As we continue to integrate large amounts of intermittent renewable energy, we are now taking advantage of advancements in energy storage technology to ensure that customers continue to receive clean and reliable power from a flexible and dependable electric grid,” said Fong Wan, senior vice president, Energy Policy and Procurement, PG&E.

A Glimpse Of A Clean Future.

With almost everyone around the world staying home instead of firing up internal combustion engines to get from A to B, pollution has dropped significantly. Sprawling cities with swarms of daily vehicles on the road are getting a breather and its leading to some unprecedented scenes.

Take Los Angeles for example. Long known for its air pollution from terrible traffic, LA was graced with its best air quality in 40 years.

The second part of the one-two punch to pollution comes from a significant decrease in carbon-emitting energy generation caused by the slowdown of economic activities. Check out the graphs below of the first three weeks in March to see the drop in electricity consumption: 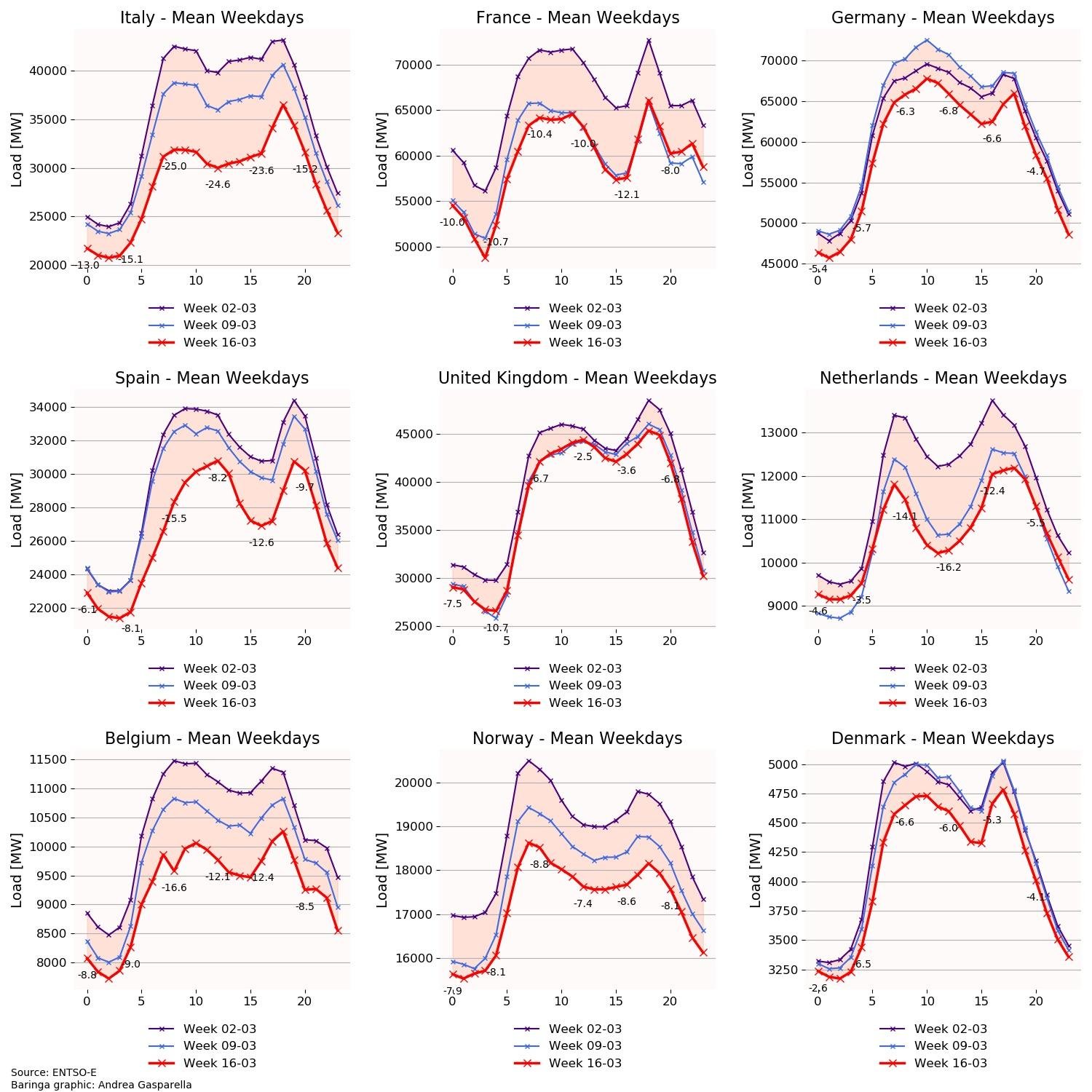 In the above charts, did you notice the slightly delayed ramp-up electricity usage in the morning hours? It seems like people, not being obligated to get to work at a certain time, are waking up later.

Overall electricity use has declined 25% in Italy, 20% in France, 12% in the United Kingdom.

Have a look at the before and after shots in the city with the worst air pollution in the world, New Delhi: 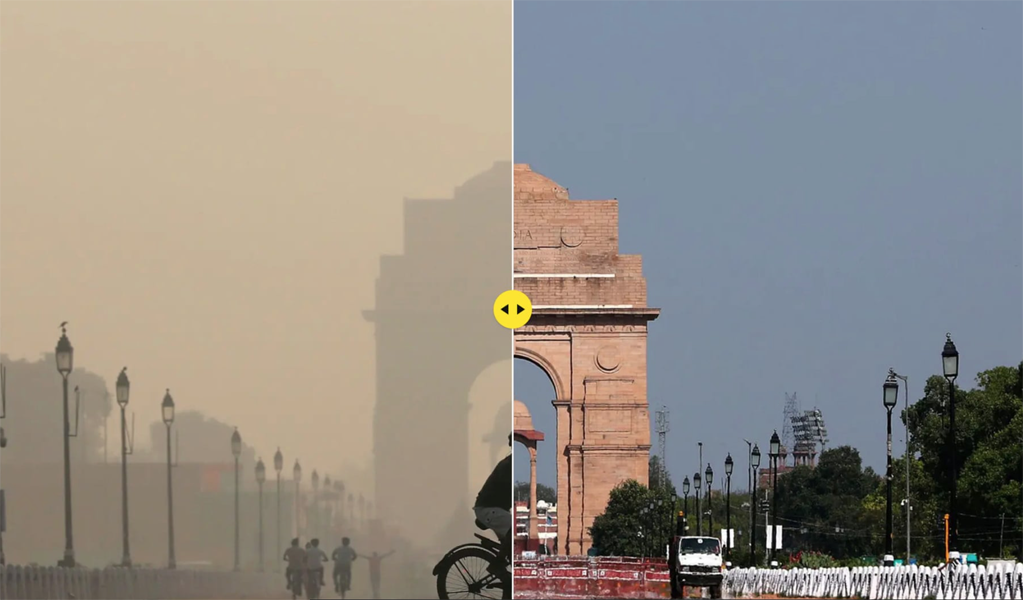 Another bonus from everyone quarantining indoors is seeing the resiliency of nature manifest.

On a beach void of humans in north-east Brazil, scores of endangered sea turtles were able to hatch on the sand. Deer began roaming the streets in Poland. On the Italian island Sardinia, Dolphins were spotted frolicking in a port that typically has too much traffic to allow sea creatures to swim safely. Goats ventured into a town in North Wales.

Working collectively as global citizens towards the goal of environmental sustainability will give us many more uplifting, healthy, and natural moments to enjoy. For all its hardship, the COVID crisis has given us this glimpse into the clean future.