Since most recreational boating is done when the weather is nice, solar power is particularly well adapted to the task.

The Constance Shuttle: The Constance solar shuttle is 100% solar powered, and operates on Lake Constance, near the border between Germany, Austria, and Switzerland. It can carry up to 60 passengers at speeds of 15 kph

The Sun 21: The "sun21" was awarded by the Guinness World Records for the fastest transatlantic crossing made completely under solar power. The "sun21" crossed the Atlantic ocean from Gran Canaria to Martinique in 29 days. The boat is equipped with solar modules, batteries and motors allowing a constant speed of 5-6 knots (10-12 km/h) 24 hours a day. This is equivalent to the average speed of sailing yachts. 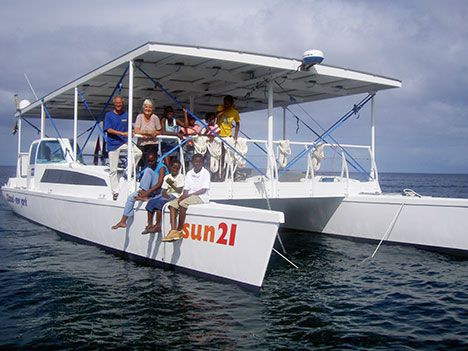 The Soel Cat 12: The SoelCat 12 is a trailblazing energy autonomous solar electric catamaran. It brings true eco-tourism to water-bound resorts, lagoons, nature reserves, and reefs. During downtime, the SoelCat 12 can utilize its solar array to feed the AC grid. Just plug it in - as simple as that. No sunshine or nightly cruises? The 120kWh lithium battery systems supply all the energy needed. http://soelyachts.com/soelcat12-solarelectric catamaran 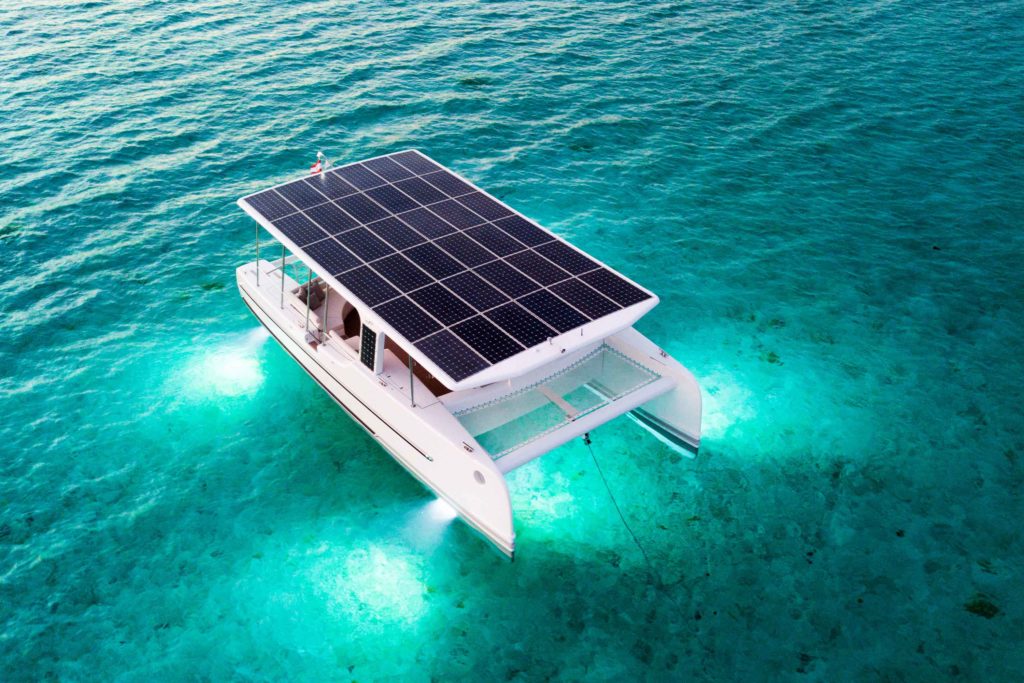 Our Favorite, The Peña Blanca: Clayton Grantham said visitors to Peña Blanca Lake are surprised to learn his boat's engine is directly powered by solar panels, not through solar energy stored in a battery. Grantham's raft is made of wallboard and PVC panels, a $5 folding chair and a $95 motor. He said people can buy cheaper and more efficient solar panels than his, which are 10 years old. He said 325-watt panels sell for less than $150 each. When the sun is strong, the solar panels allow the boat to travel at 3 mph and charge his MP3 player so he can listen to music while he picks up trash. https://www.nogalesinternational.com/community/pe-a-blanca-lake-is-testingground-for-solar-powered/article_f993f80a-a473-11e7-9790-47d9b992dc62.html 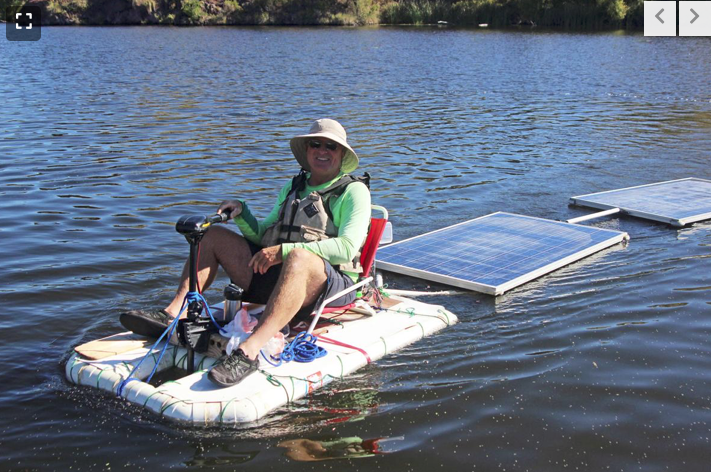