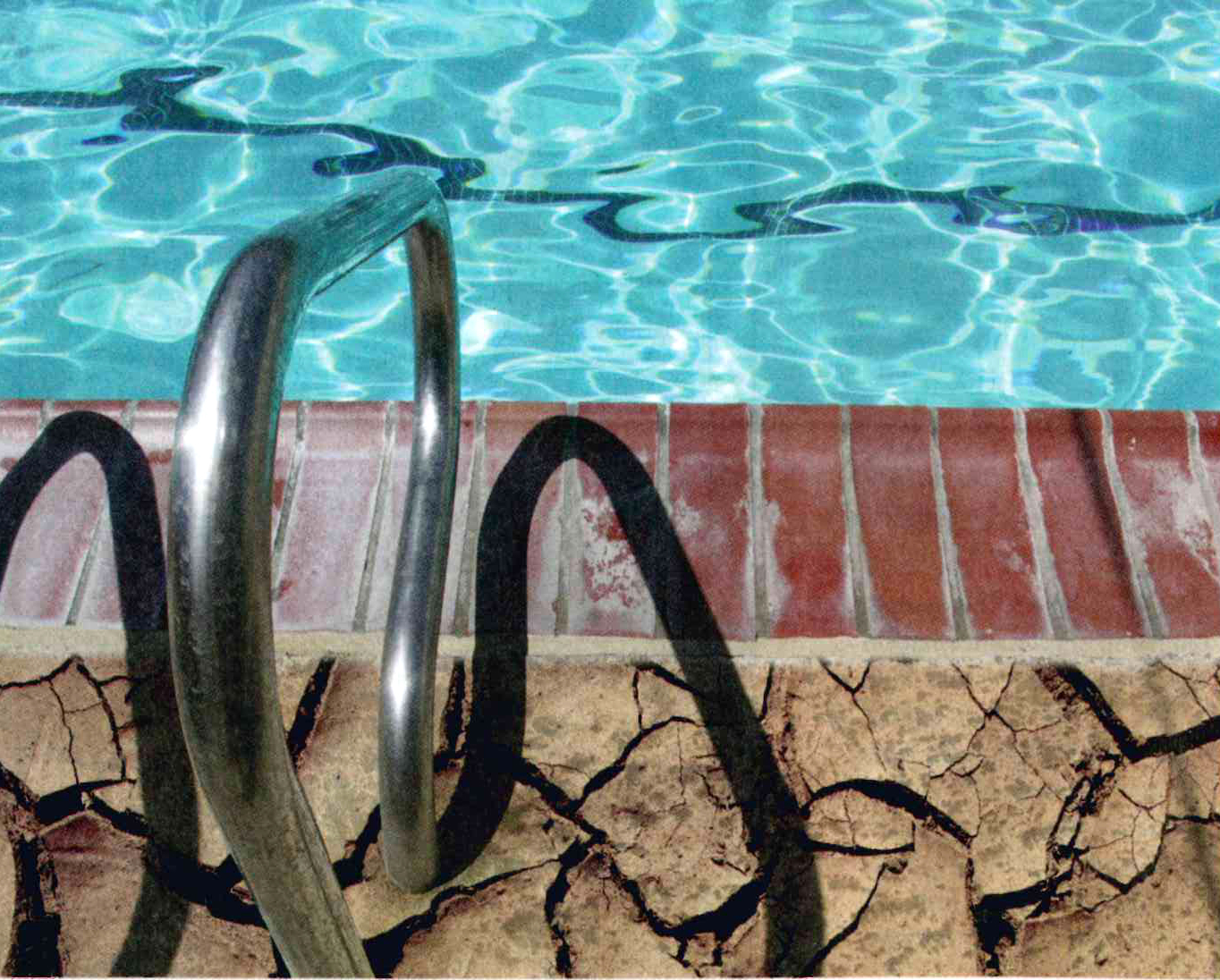 Pool professionals need to consider not only what they’re putting in the water, but also what they’re leaving behind. In drought times, the mantra needs to be “Remove more, add less.” This refers to how the water should be treated. In short, we should aim to remove more organics while adding less solid byproducts, reducing the need to drain and refill.

When the practice of draining and refilling pools is under increased scrutiny by water districts, particularly in California, pool professionals should carefully consider what chemicals they’re using and ask themselves: What is this leaving behind in the water that may increase the need to drain and refill?
Here’s an example: Over half of a tri-chlor tablet is made up of cyan uric acid. Consider that for every part per million of chlorine from a try-chlor tablet, 0.6 ppm of cyan uric acid is being added. High cyan uric acid contributes to high total dissolved solids (TDS), which creates more demand for chlorine and eventually could lead to having to drain the pool.

Continual use and shocking with a cyan uric or calcium-based chlorine should be carefully considered. These lead to an increased need for sodium carbonate and sodium bicarbonate – again something that puts more dissolved solids in the water.

Also avoid cleaners and metal products that contain phosphates, another contributor to TDS.

TDS leads to the water becoming over saturated, increasing the likelihood of having to drain the pool.

Think of adding sugar to a glass of tea. Initially there is enough tea to absorb the sugar, but keep adding sugar and it will begin to drop to the bottom of the glass. The tea is saturated and cannot absorb any more sugar solids. This same scenario goes for pools when chemicals leave byproducts behind: they stack up until the water simply can no longer absorb the solids. This leads to the formation of scale and cloudy water as this dissolved material is forced out of solution.

Th preserve precious water, we need to be aware of how chemicals affect water balance and choose products that are more neutral, such as oxidizers, clarifiers and phosphate removers. These products remove contaminants while leaving far fewer undesirables behind.

And let’s not overlook evaporation. Average-sized pools in warm weather states, such as California, can lose their entire contents to evaporation in one year. Pool covers can help maintain healthy water levels, and save thousands of gallons of water.