The protest rally was coordinated by California Solar + Storage Association (CalSSA). Over 4,000 solar energy industry workers and their families from all across the state attended the rallies.

“The utility providers realized that rooftop solar works, and may one day put them out of business. They want to keep full control of energy, and full control of all the profits that come from controlling energy,” says Kristian Emrich, Solarponics President. “The CPUC and the utilities are going as far as to not want to even honor the terms of the current rate agreement, NEM 2.0,” Emrich says. “This is terribly unjust to solar homeowners. It’s just plain greed.”

The San Francisco protest rally gathered at Civic Center Plaza, marching down    McAllister Street, culminating on the steps of the CPUC building. The rally in Los Angeles gathered at Grand Park before marching down Hill Street to the CPUC offices. 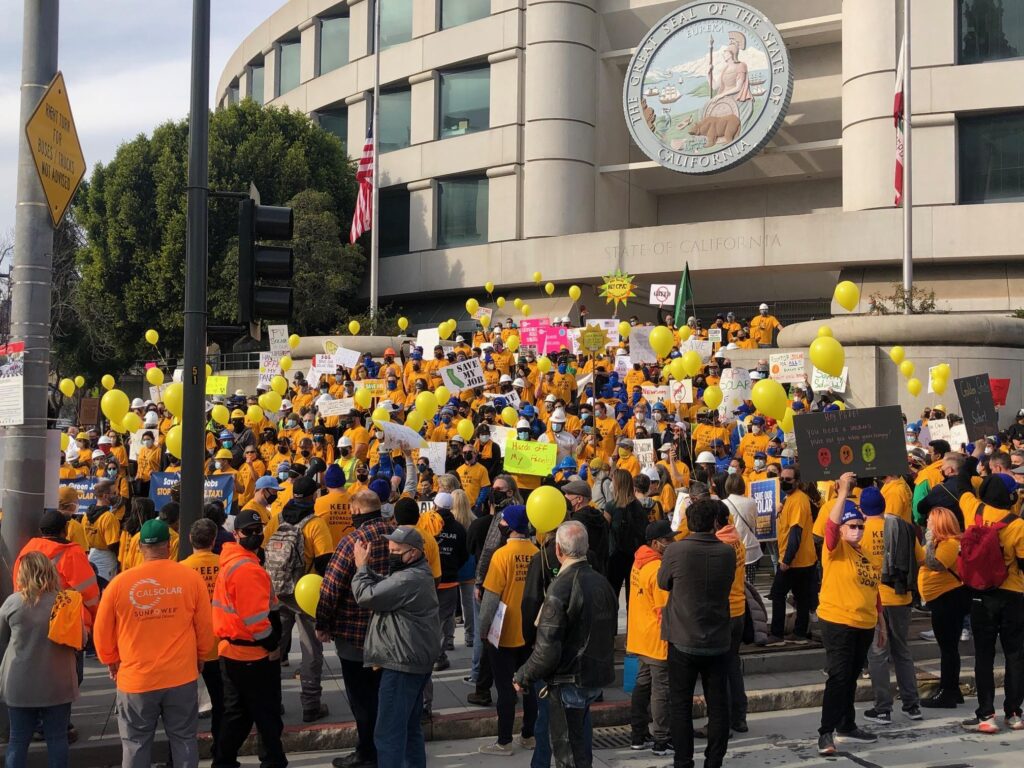 Net Energy Metering explained. A long time ago when rooftop solar was still considered alternative energy (2008), the utility billing structure was equitable. It was called Net Energy Metering: produce an extra kilowatt-hour (kWh) of solar energy you feed into the grid, you get a bill credit for one kWh of utility-generated electricity.

Today, the utility providers are pushing NEM 3.0. Under this new rate plan, solar consumers will pay all of the NEM 2.0 costs, plus a new tax of roughly $50/mo for the average solar customer. Additionally, the utilities will only pay the homeowner wholesale rate for excess solar energy sent to the grid, about 3¢, and resell it downstream for full retain, about 39¢, thus stealing all of the homeowners’ savings.

NEM 3.0 would make solar unaffordable for most homeowners. Instead of saving a few hundred dollars each month, solar taxes and fees may actually be greater than the savings. 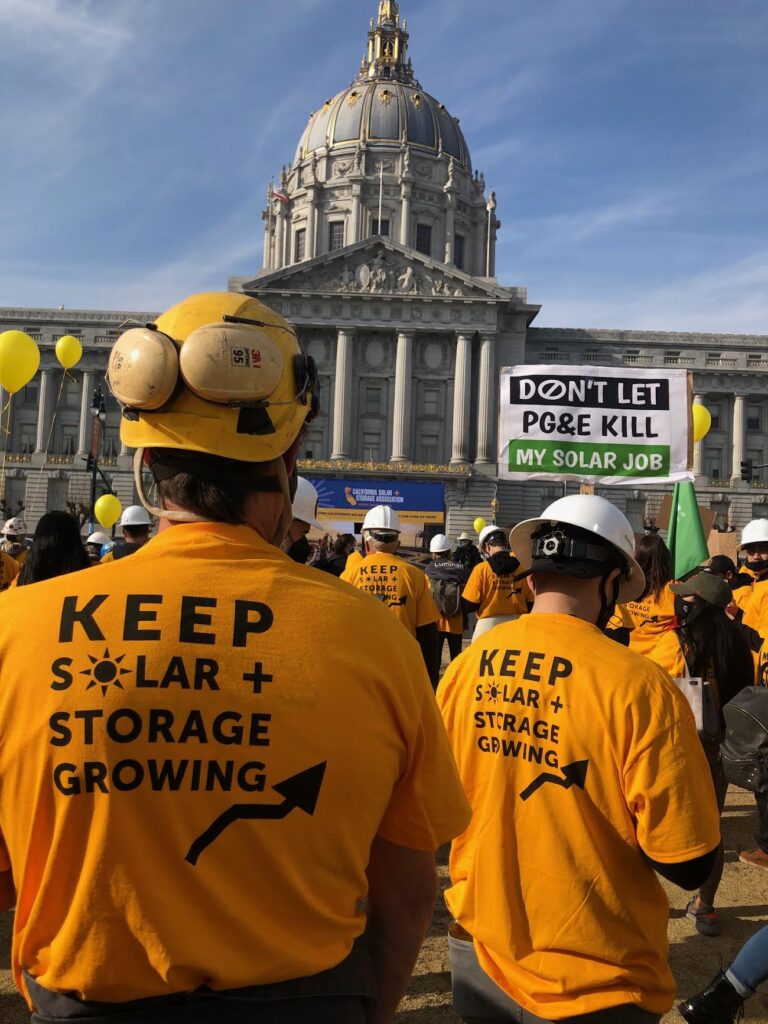 The CPUC will hold a final vote on the current proposed NEM 3.0 rate plan on January 27, 2022. The hopes of the rally is to get the attention of Governor Gavin Newsom who can still intervene and ask the commission to re-negotiating the terms of NEM 3.0 that will protect current solar owners’ rights, keep future solar energy a viable investment, save solar jobs, and keep California on it’s path toward 100% clean energy.