Net Zero: What Does It Mean And How Is It Achieved? 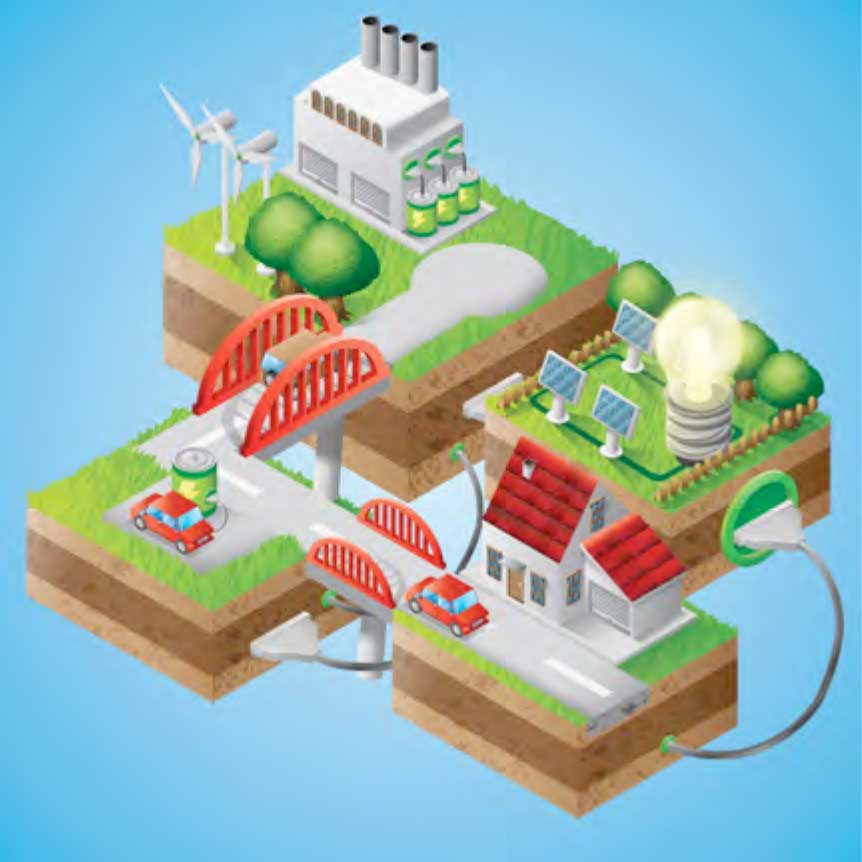 There are many sources that define net zero differently, such as The International Living Future Institute, The Department of Energy, or the National Renewable Energy Laboratory. For our purposes, we’ll accept the Wikipedia definition, since it allows for Wikipedia editors to update and revise the definition, creating a common, agreed upon definition.

Net Zero is a term most commonly associated with commercial buildings, although it is completely possible for any habitable structure to be a net zero structure.

This definition doesn’t account for the type of energy used, though. Where this becomes important is if the building uses natural gas, propane, or some other fuel besides electricity.

Net Zero buildings consequently contribute less overall greenhouse gas to the atmosphere than similar non-ZNE buildings. They do at times consume non-renewable energy and produce greenhouse gases, but at other times reduce energy consumption and greenhouse gas production elsewhere by the same amount.

Traditional buildings consume 40% of the total fossil fuel energy in the US and European Union and are significant contributors of greenhouse gases. The zero net energy consumption principle is viewed as a means to reduce carbon emissions and reduce dependence on fossil fuels and although zero-energy buildings remain uncommon even in developed countries, they are gaining importance and popularity.

Most zero-energy buildings use the electrical grid for energy storage but some are independent of the grid. Energy is usually harvested on-site through energy producing technologies like solar and wind, while reducing the overall use of energy with highly efficient HVAC and lighting technologies such as LED. The zero-energy goal is becoming more practical as the costs of alternative energy technologies decrease and the costs of traditional fossil fuels increase.

So, what is a net zero city? Well, in the simplest terms and definition, it is a city with zero net energy consumption, meaning the total amount of energy used by the entire infrastructure of the city on an annual basis is roughly equal to the amount of renewable energy created on the site, or nearby.

That would include energy used by all vehicles, construction, public works, buildings, homes, maintenance, etc.. Every kWh of energy that the city uses, it would need to produce and/or offset at an equal equivalent.

The largest net-zero community in the U.S. is West Village, a mixed-use campus neighborhood at UC Davis, designed to house 3,500 students, staff, and families once complete. Phase one has been occupied for over a year and is close to meeting its net-zero design target. Technological glitches and higher-than-expected demand from apartment dwellers’ plugged-in gadgets held it back from claiming energy-neutral status.3 So for now, they are a “near zero” community.

The City of Lancaster, California, has a goal of becoming the first city in the US to reach the net zero designation. Almost every public building from its City Hall to the minor-league baseball stadium is powered by solar. In 2013, Lancaster became the first U.S. city to require solar panels be installed on every new single-family home.

The City Council is adopting a new ordinance complementing the town’s existing solar panel requirements. All new homes will be required to have solar panels generating two watts of energy for every square foot (a more aggressive demand than the 1-kilowatt-per-house rule in the 2013 policy), pay mitigation fees of $1.40 per square foot to get a 50 percent discount on the energy generation component of their bill, or a combination of both.

Bloomfield, Iowa is embarking on a path to be an energy-independent community. With help from the Rocky Mountain Institute’s Electricity Innovation Lab, Bloomfield identified that they can achieve net-zero grid electric usage through energy conservation measures, distributed renewable energy production, and supplemental generation for peak shaving.

Boston, Massachusetts has developed a Greenovate Boston Climate Action Plan with the goal of reducing carbon emissions 80% below 2005 levels by 2050. Boston has been named by the American Council for an Energy-Efficient Economy as the most energy efficient city in the U.S.

Cambridge, Massachusetts has set up a Net Zero Task Force to explore the possibilities for Cambridge moving towards becoming a net zero energy community.

Georgetown, Texas will be getting all its electricity from solar and wind by 2017 for a very simple and practical reason: it’s cheaper.

San Luis Obispo, California is the latest U.S. city to announce its goal of becoming a net zero city, although no timeline or initiatives have been proposed yet. It is both encouraging and inspirational that so many homes, buildings, campuses, cities have developed plans to become net zero energy users. With energy costs on the rise, and renewable energy production costs already less expensive than traditional non-renewable energy, the prospects of achieving net zero consumption on a mass scale seems quite possible, and doable by this generation.